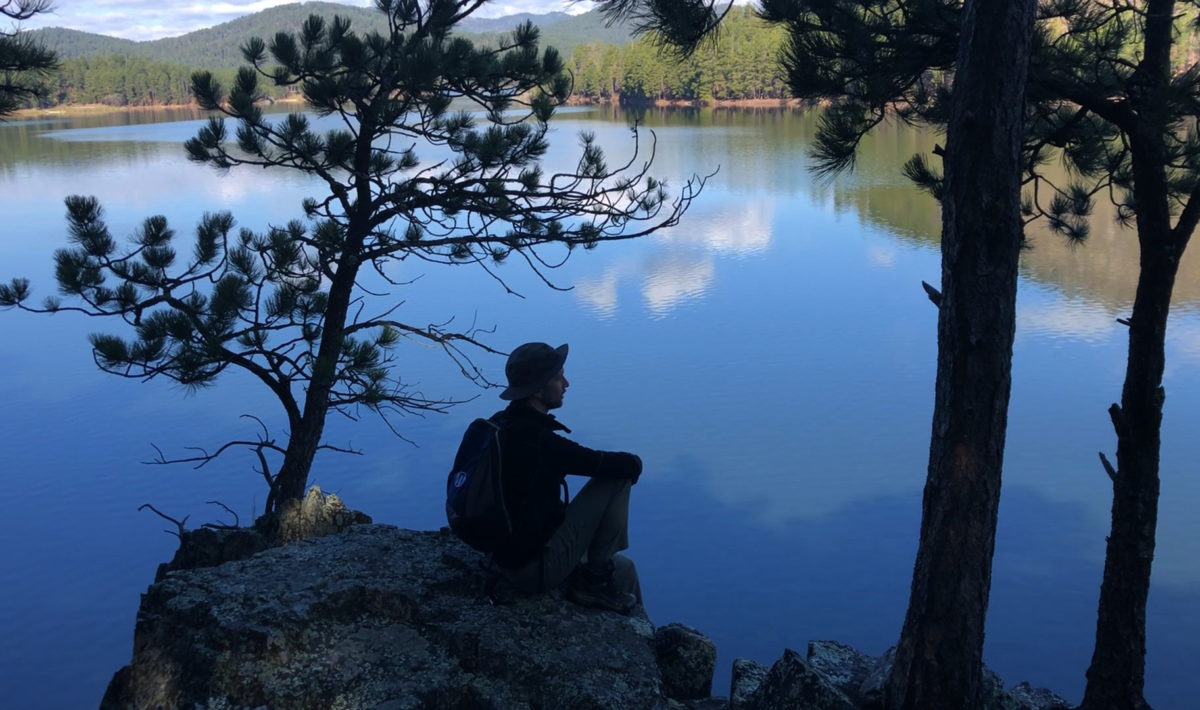 I spent the first week of May hiking the Black Hills National Forest of South Dakota. This trip — which served as an interlude between my six weeks in Madison, Wisconsin, and seven weeks in Havre, Montana — was also a substitute for a vacation in Boston that the pandemic had cancelled.

It wasn’t until I was halfway through my time in South Dakota that I realized: this may be the first vacation I’ve ever taken by myself.

I am an independent traveler, having driven and flown throughout our country and to Europe and Australia by myself. But any trips I didn’t take with someone were nonetheless to meet someone or to attend a convention. I’ve been to Machu Picchu, Disney World, KansasFest, Penny Arcade Expo, the Electronic Entertainment Expo, and more, all in the company of friends.

If I was put off by the idea of vacationing by myself, I probably would’ve realized that’s what I was doing sooner. Still, I had to wonder: would a solo vacation be as much fun?

It didn’t take me long to discover: I was having a great time.

I’m an extrovert who tends to have a lot of spoons; as such, I like to make the most of each day. If there’s an afternoon party at my cousin’s house 25 miles away, I’ll bicycle there, be sociable, cycle back, and still have the time and energy to meet friends for dinner and a movie.

I don’t need invitations as a motivation, though: witness one day last November in Syracuse when I went on a solo hike in the morning, competed in a video game tournament in the afternoon, and attended a contra dance in the evening, all without already knowing anyone.

Lest you think I’m complimenting myself, I’m not: being around me is exhausting. (Just ask my mother!) Sometimes, even I get tired of my own compulsions to always be on the go. But when I’m vacationing by myself, I didn’t have to modulate my energy or strike a balance with another.

This was most evident as I was hiking from Sylvan Lake through Custer State Park. Two miles in, I made a detour to a dead-end scenic view from Little Devil’s Tower, where I met some other hikers. After they let me take a photo with their dog, I wanted to confirm my orientation: “If I turn around and go left at the intersection, that will take me to Sylvan Lake, correct?”

“No,” the gentleman corrected me, “going right will bring you back to Sylvan Lake.”

But that was the direction I’d come from, and I wasn’t wanting to go straight in and out of the park. “But if I go left, I’ll eventually get back to Sylvan Lake?”

Confused by this response, I shrugged. “It’s only nine miles.”

“Oh,” he said, relieved. “As long you know what you’re getting yourself into, you should be fine.”

I did hike nine miles that day, including to the highest point between the American Rockies and the French Pyrenees. 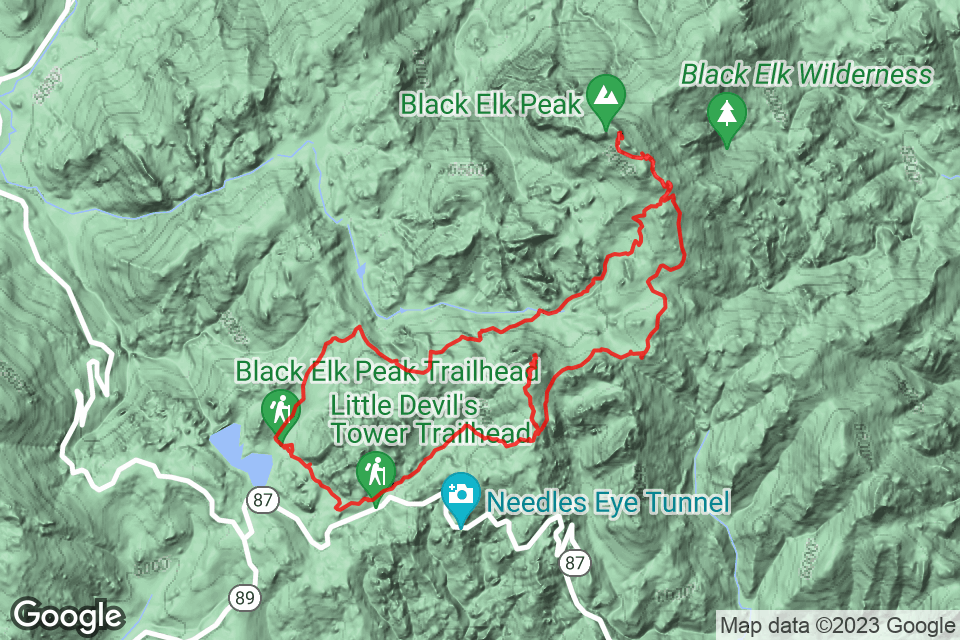 And this was after having just hiked a nine-mile round trip to Mount Rushmore the day before. I broke up my next day with two four-mile hikes and a lunch break in between. One of those hikes was estimated to take 2–4 hours; I finished it in 1:35:41. I wasn’t rushing or racing; I was simply enjoying myself.

Throughout the week and across the hikes, I appreciated being able to choose a length and pace that accommodated my energy level.

When traveling with someone, energy isn’t the only area of compromise. It’s also important to find activities that accommodate both people, or to at least take turns exposing each other to new things.

But that week, I could do whatever caught my eye. If I wanted to take a break from rigorous hiking and go on a scenic drive to historic Deadwood, stopping to see the Mount Roosevelt Friendship Tower, I could.

If I wanted to park my car in a one-lane tunnel, dangerously blocking traffic in both directions, there was no one to warn me against this course of action.

If I had to cross a precariously narrow and long footbridge over a rushing river, I didn’t have to worry about appearing brave to someone else, or helping them across.

On the drives to and from South Dakota, if I wanted to suddenly pull off the highway because a road sign pointed to an obscure, bizarre attraction, I had the freedom to be impulsive and silly.

And if I saw something at the grocery store that was foreign and delicious and I didn’t know what it was except something I wanted to eat in its entirety, there was definitely nobody stopping me… for better or for worse!

However I was manifesting my energy externally was no more important than what was happening internally.

Conversations are how we expose ourselves to other world views and challenge our own beliefs. But having someone to talk to can also take us out of the moment, focusing our attention on what we’re going to say next and how we’re going to be perceived.

As terrifying as it sounds, it can be healthy to be alone with our own thoughts. Being alone on these hikes gave me the space to process the recent disruptions to my nomadic agenda, to reflect on what’s important to me, and to consider my next steps, both literally and figuratively,

I would’ve enjoyed sharing these experiences with someone who would also push me outside my comfort zone to try something other than hiking.

But that’s not what I needed. This vacation came soon after the pandemic cancelled six of my next eight destinations. I’d embarked on this lifestyle to see my friends and family scattered around the world; when social distancing made that impossible, I wondered what was left.

My week in the Black Hills was a timely reminder that there is much to see and do in this country; there are still places to explore and solitary adventures to be had. I left South Dakota reenergized and recommitted: whether with friends or by myself, I’ll be continuing to nomad.

Do you prefer vacationing by yourself or with others? Or a mix? Let me know in the comments!

2 Replies to “A vacation by myself”