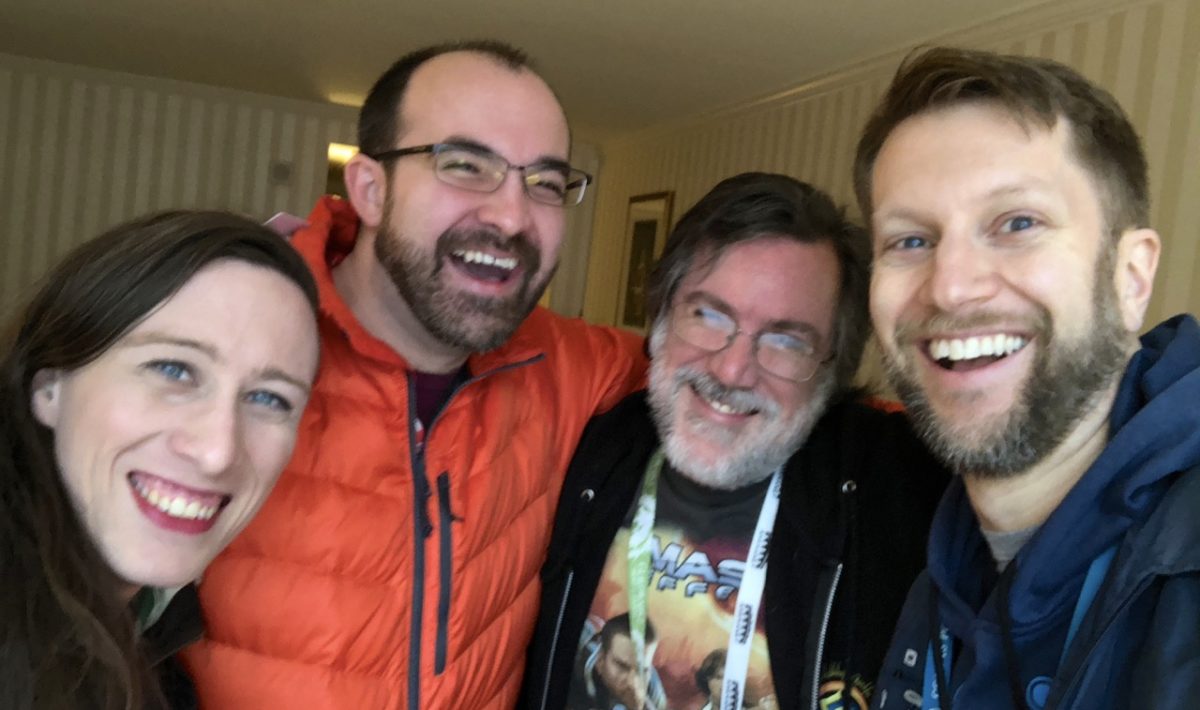 I spent the first thirty-two years of my life living in the same county; the first forty, in the same state. Now, suddenly, I’m living anywhere I’ve ever wanted to, for as long as I want. Paris? Tokyo? Belize? Sure — but instead I’ve planned an itinerary that includes Havre, Syracuse, and Durham.

How did I choose those destinations? Back before COVID-19 erupted, I was able to define my own destinations and desires. There were plenty of limiting factors, from driving a car to speaking only English. But ultimately, it came down to the one thing that’s most important to me:

My friend Karen lives in Havre, Montana, a town that’s hours from the nearest major airport. It’s not an easy place to get to, and her work doesn’t enable her to leave on a lark or for extended durations. In the last twelve years since she moved to Montana from Boston, she and I have seen each other only once.

Andy lives in Syracuse, New York. We used to see each other several times a year to attend conventions like KansasFest and PAX East, or to go on adventures to Disney World and Machu Picchu. But a recent promotion at work keeps him busy, as do domestic obligations to his house and pets; now we see each other rarely.

Susan lives in Durham, North Carolina. Like me, she works entirely online; unlike me, she has a partner, a house, and pets that keep her happily rooted. We used to see each other once a year, but her new job has changed even that tradition.

I could keep hoping my friends would pass through Boston on the way somewhere else; or I could plot once-in-a-lifetime trips to these cities that would be expensive, require time off from work, and offer a mere week together. I spent years waiting for one of these things to happen.

Then I remembered my high school graduation, at which I presented the poem “Around the Corner” by Charles Hanson Towne:

I’ve spent too many years without seeing Karen in Havre, and Andy in Syracuse, and Susan in Durham; in the life I was living, I would see them rarely or never. I could hope for that to change, waiting until it was too late to see my friends and chosen family.

Or I could just move to Havre and Syracuse and Durham, living and working there for several months, as we practice social distancing together, making new memories and living without regret.

Paris can wait; for now, I want to live around the corner.

How would you choose your destinations? What’s most important for you to see? Let me know your priorities in the comments!

One Reply to “How do I choose my destinations?”