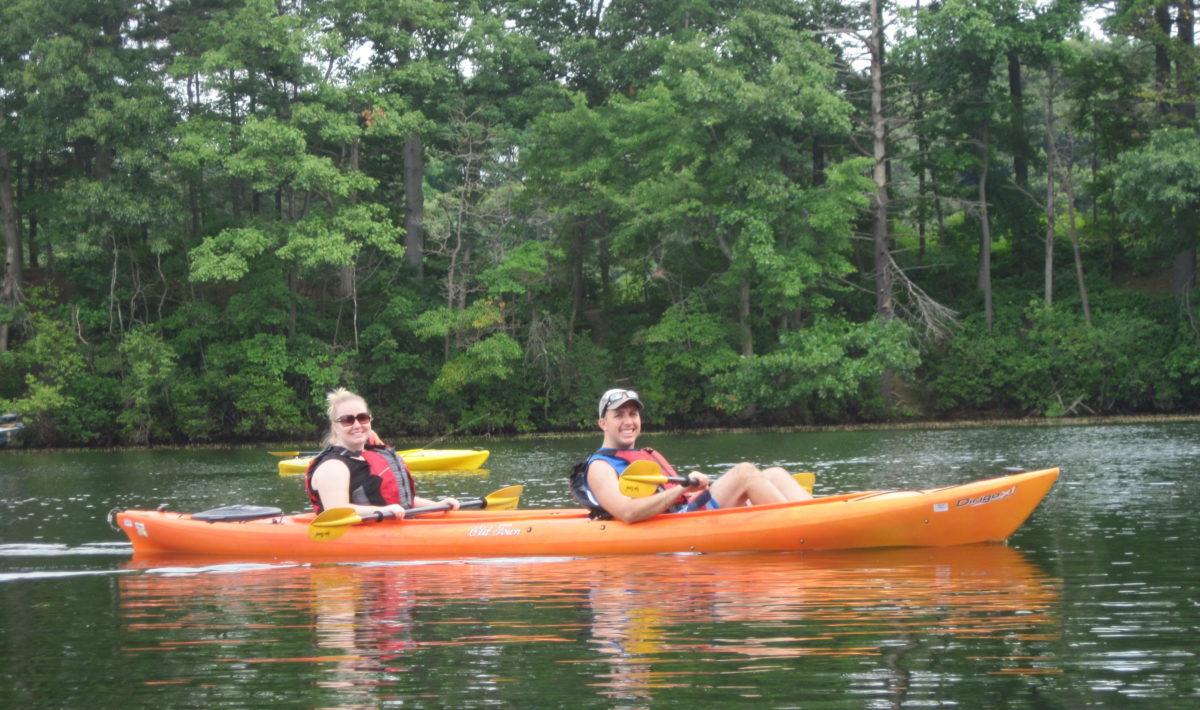 Every three months, I would visit my friends Kristin and Tom. We had an arrangement: I would arrive with hundreds of magazines, hundreds of envelopes, and gyros; they would help me stuff the magazines into the envelopes while we stuffed the gyros into ourselves. It was not only an efficient way to mail my quarterly magazine, Juiced.GS, but also a good opportunity for friends to reconnect.

It was at our September 2019 mailing party that I delivered the news this would be our last such quarterly reunion before I embarked on a nomadic lifestyle. At the end of the evening, as I loaded my car with envelopes ready to be mailed, I let Tom and Kristin know that they would be in my heart always — a lesson I learned from the webcomic XKCD.

I was only a few blocks away from their home when Kristin texted to inform me that, after my emotional outburst, I had, in fact, failed to keep my mouth shut.

I’d just turned onto the main road in downtown Havre, Montana, most of which had a speed limit of 35 MPH; sure enough, the next sign I saw confirmed that limit. But until I reached it, I was in a 25 MPH zone, and Officer Barclay had caught me going 10 MPH over the speed limit.

It was a cordial chat, with Officer Barclay noticing my out-of-state plates and commenting I was a long way from home. “What brings you to Havre?” he asked. “Just visiting friends,” I said. Knowing that Havre is neither a large town nor a tourist destination, he clarified, “You mean you’re passing through town on the way to visit friends?” He was a bit surprised to find that, no, Havre was my destination, and I actually meant to be here.

He took my license and registration, returned to his vehicle, then came back with a written warning. As he handed me the documentation, he said, “Here you go, Mr. Gagné.”

Seeing my shock even through my face mask, he asked, “Sorry, did I get that right?”

There are two pronunciations of my surname: Gagné (gahn-yay) is the original French; it’s what my grandfather was born with before he came to the United States from Québec. Gagne (gag-nee), the Americanized pronunciation, is what my father adopted. While I use the Americanized version I was raised with, my signature nonetheless includes the accent mark, and I’ve occasionally used the French pronunciation in professional settings, such as in the role of a high-school teacher. Sometimes I don’t know where I am until I hear my last name pronounced.

Though some would argue that, regardless of my personal preferences, only one pronunciation is actually “correct”.

Regardless, I have found that the farther I get from Massachusetts, the less likely I am to hear either version of my name pronounced correctly. When I spent a summer living in Denver, I joined some locals for a day of athletic activities known as WASApalooza. Curious about the non-native, they asked me how to pronounce my name, which they’d never heard of before. Not one to give easy answers, I asked them to make their best effort to puzzle it out for themselves first. One person, suspecting the second “g” made more of a “y” sound (which it does in French!), guessed “gah-NAY”. Hmm, not quite. The second person, thinking the first guess hadn’t gone far enough and that both “g”s made a “y” sound, guessed the monosyllabic “yahn”. Er, no.

Sticking to the written medium isn’t a surefire way to avoid these linguistic stumbles, either. The accent aigu that distinguishes the two pronunciations has been known to cause technical trip-ups.

So when a police officer in Havre, Montana, 1,756 miles from my hometown, got it right — yeah, I was shocked.

“There was an MLB player named Éric Gagné, right?” Officer Barclay said. There was! All the way from Canada, Éric used the French pronunciation of his surname.

As did a Minnesotan wrestler named Greg Gagné.

When someone acknowledges my surname’s heritage, it’s usually thanks to one of these celebrity athletes, so I wasn’t surprised when Officer Barclay revealed his source. Still, while these possibly distant relatives have made a name for themselves, I don’t travel the world expecting that they’ve made a name for me as well.

Once I was dismissed, I slowly and carefully merged back into traffic, having received more than a warning. Even if I don’t use the French pronunciation of my surname, I consider it something of an honorific; I appreciated hearing something familiar so far from home. If those are the last words Officer Barclay spoke to me, they’re ones I’ll remember.

How do people trip up your name — and how do they get it right? Share your anecdotes in the comments!