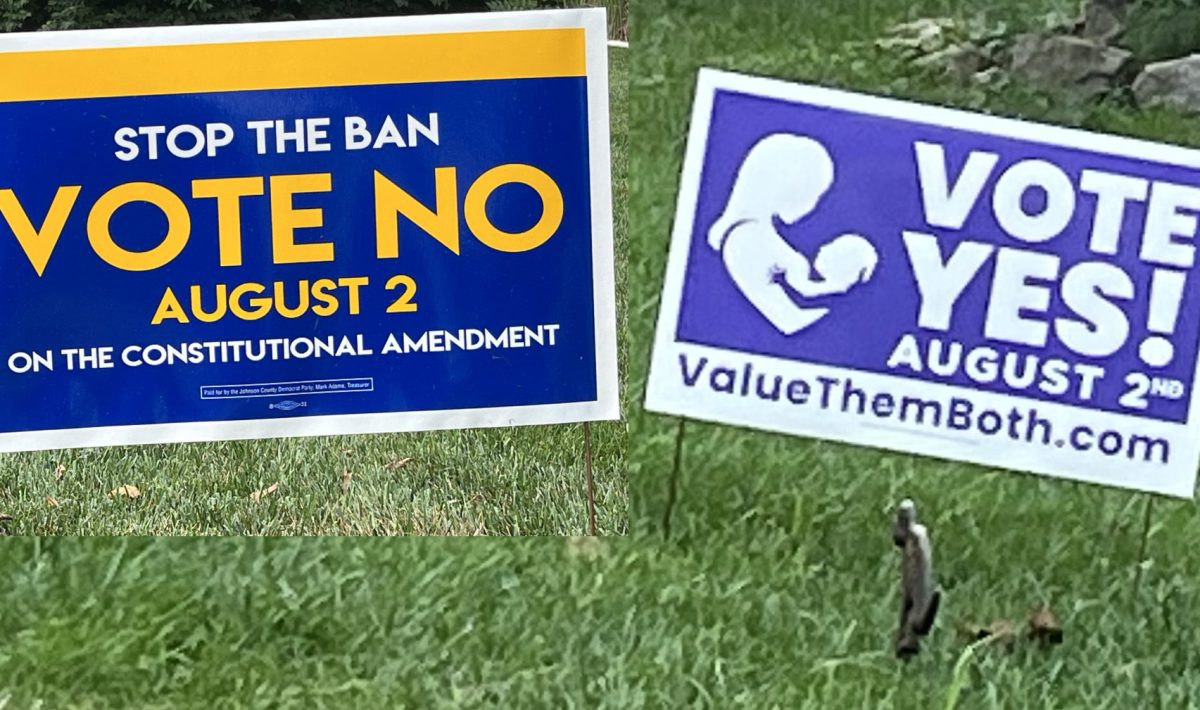 Being a nomad makes it challenging to be politically active. I read the news, donate to causes, and submit my absentee ballots, which often feels like the minimum. But how can I do more than that when I’m never in one place long enough to know the issues or candidates?

However, my journeys recently brought me to a place and time where I could make a difference: Kansas City, Missouri, on the cusp of yesterday’s primary elections. In addition to determining who would be on the ballot this November, the neighboring state of Kansas was also deciding on a constitutional amendment concerning abortion rights — the first state to do so after Roe v. Wade was repealed on June 24.

The ballot measure, if approved, would effectively overturn a 2019 decision by the state’s Supreme Court enshrining abortion rights in its constitution. The measure could pave the way for the legislature to pass a ban on abortion …

This is a topic I feel strongly about — strongly enough that I thought I should do something more than throw money at it. But the only activities I could think of were phonebanking and canvassing, neither of which I’d done before and both of which gave me pause.

I don’t mind talking to strangers, and a friend who’s canvassed assured me that I’d be sent into the streets with backup; neither of those were my concern. It’s that, despite being a gregarious extrovert with experience in performance and public speaking, I’m not great at responding to anger.

This isn’t fear of rejection — if someone tells me, “Thanks, but I don’t think you’re the right candidate/partner for this job/relationship,” then I can put on a brave face, thank them for their consideration, and carry on. But temperatures run hot on political topics, especially when lives are at stake, and being yelled at over the phone or having doors slammed in my face would likely leave me upset for days.

I dithered on what to do until it was too late to do either. Primary Election Day came, and I was right: temperatures soared. Specifically, it hit 100º in Kansas City. It seems both my mental and physical health may have been spared by not canvassing.

But one form of political activism I’ve engaged in, even as a nomad, is holding signs and banners at rallies and busy street corners. Today was the last day for people to wave, cheer, and honk for their cause, even if they were doing so in dangerously hot weather. Here’s something I could do, then: bring relief to the ralliers.

Supplying protesters with water would’ve been obvious and welcome, but I try to avoid the wastefulness of plastic water bottles. I instead went to the grocery store and bought several boxes of frozen ice cream treats, then off I went across state lines to the polling station, where I was sure to find activists. En route, I considered whether I would share my purchases with just one side of the cause, or both; after all, regardless of beliefs, I don’t want anyone passing out from dehydration or heat stroke. Then I looked at my ice cream stash and realized the decision was financial, not moral: I hadn’t bought enough for everybody.

When I arrived at the polling station, that’s when I realized my plan, though well-intentioned, was extremely poorly conceived: every state prohibits campaigning outside of polling stations, with the buffer in Kansas being 250 feet. I found no electioneers in need of tasty treats.

I redirected myself at major roads and intersections, convinced there were be activists there, but again I was wrong. I was too surprised and dejected to consider also driving past various city halls.

By the time I went to bed, the results were in: Kansas had made a decision regarding the future of abortion access, and it wasn’t even a close contest. Was my help even needed? How much difference could one person have made in either direction? And yet:

Never doubt that a small group of thoughtful committed citizens can change the world. Indeed, it is the only thing that ever has.

But there is a silver lining to my lack of participation. Shortly after I got home, a knock came on my door. I opened it to find two kids looking up at me: “Do you have any chores we can do around the house for a few dollars?”

One Reply to “Political activism in Kansas”