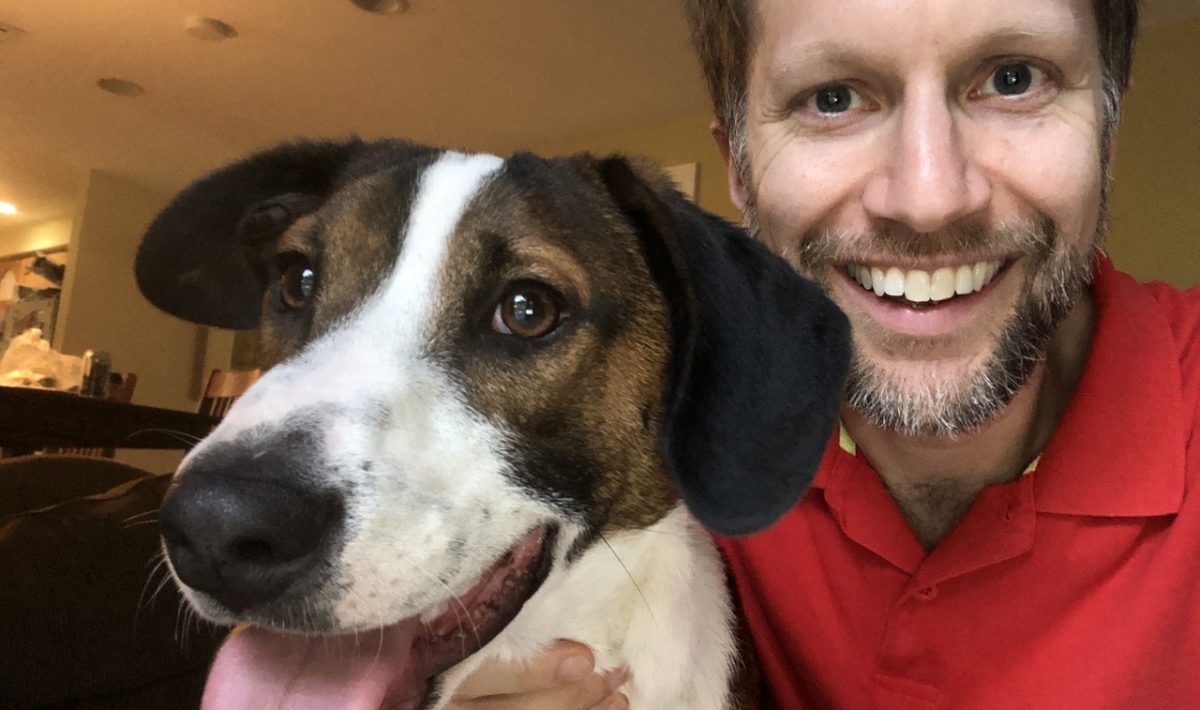 Last summer, my hopes of adopting a dog in Massachusetts were dashed.

Next month, I hope to foster a dog in Arizona.

How have I gotten my dog fix in the meantime?

I was so sure I’d be realizing my lifelong dream of adopting a dog last year that I even registered a domain name for my dog: kens.dog. I had no intention to build a website at that address; this was just part of preparing my home, both physical and digital, to accommodate someone new.

At the same time I received the devastating news that I could not have a dog, something else happened: my employer bought Tumblr. The blogging platform had been around since 2007, but I had never used it.

My co-worker and fellow nomad Kristin suggested I marry these two properties by putting kens.dog on Tumblr and learning to use this now-first-party tool. I didn’t have photos of my own dog to put on Tumblr — but I did have plenty of selfies of me with other people’s dogs.

I backfilled the site with over a decade’s worth of photos of me with dogs. This wasn’t hard, as I’ve always been fascinated to get to know the dogs I meet on the street or on my commute. I remember telling my dad about one dog I’d met on the subway, including the dog’s name, age, weight, where he came from, his favorite food, and more. My dad gave me one of those “You’re really weird” looks that I’d grown accustomed to from him over the years — but interviewing people is a skill I’d honed over years of journalism and podcasting; it was natural for me to apply it to a topic I was passionate about.

Having exhausted my supply of historical photos, I set out, this time intentionally, to meet as many dogs as I could and take my photos with them to add to my site. I may have subconsciously been inspired by the Twitter account @IvePetThatDog, but honestly, I would’ve been doing this of my own accord.

Wouldn’t you know, just a few weeks later, there was an actual dog festival just a few blocks from me. I was in heaven!

Once I became a nomad, I had the privilege of meeting dogs the world over, from Durham to Pittsburgh all the way to Rotterdam.

It’s become harder to meet dogs since the pandemic: whereas I previously always asked first if I could pet someone’s dog, now I ask even before coming within six feet. But I’ve taken advantage of the few opportunities afforded to me, including one in Madison, Wisconsin; one in the Black Hills National Forest; and two here in Havre, Montana, which has had no new confirmed cases of coronavirus for months.

I’ve enjoyed not only capturing my memories of these dogs, but also these moments when I was at my finest. Dogs bring out the best in me, and every new post on my Tumblr leaves me more excited to bring a dog home, if only for a little while.

Want to get notified every time I meet a new dog? Sign up for the Ken’s Dog email list!