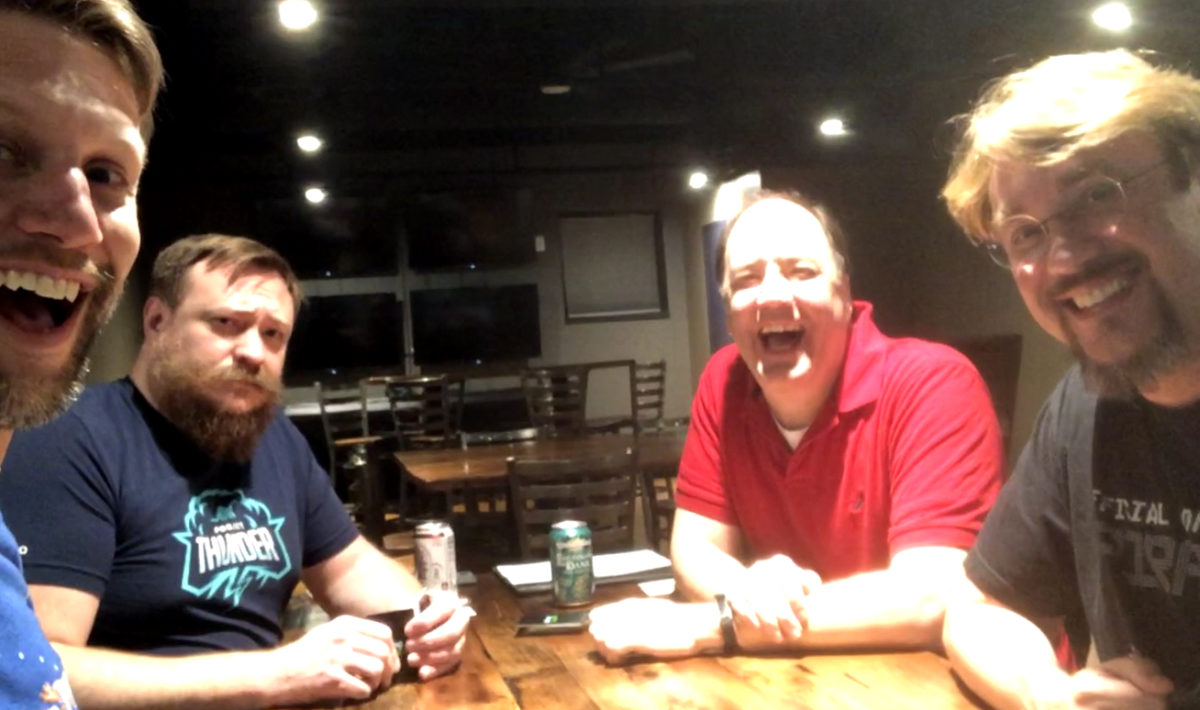 One night in January, some friends and I went to a board game pub in Cary, North Carolina. It was my first time seeing them since embarking on my road trip, and they had a lot of questions. When I was done detailing how I live my nomadic life, my friend Mark rendered his take: “It sounds very lonely.”

I was struck both by how right and by how wrong he was. Here I was, sitting at a table with three good friends, enjoying dinner and playing games, having a wonderful time; how could I possibly be lonely? I’m also choosing my destinations based on where I have friends and chosen family — people whom geography prevents me from seeing often or easily. When am I ever alone?

Yet Mark is right: being cut off from the support network I spent decades building in Massachusetts is the hardest part of being a digital nomad. This is something that other people have experienced anytime they’ve moved to another city or state for work or school. But that’s something I’ve never done: I spent the first forty years of my life in the same state, 32 of them in the same county. And even if I had moved somewhere else, I probably would’ve stayed there long enough to put down roots and grow a new support network. That’s impossible when I move every month or two.

Fortunately, I have developed ways to cope with this emotional challenge.

Smartphones have made it easier than ever to remain connected with friends from afar. Texts are good for quickly letting someone I’m thinking of them (and vice versa) or to coordinate a longer phone call.

But what I’ve found most empowering is the video chat app Marco Polo, an asynchronous video chat application for iOS and Android. While I’m not likely to call someone for a three-minute chat (requiring we’re both available at the same time), I can record a three-minute video for them to watch and reply to at their convenience.

Being able to see and hear my friends has been a huge boon to my mental health. It’s even helped me get back in touch with people I haven’t been in contact with for years. As a writer, I love email, but it’s not easy to craft a thoughtful, intelligent message when riding the bus or walking to work. Marco Polo’s ease of access makes a big difference for both the quality and quantity of communication.

Marco Polo one-to-one communication like email, not broadcast media like Twitter. Unlike Snapchat, videos do not disappear (unless the sender or recipient deletes it). Videos are also stored in the cloud, so they don’t occupy your phone’s storage — though videos can be exported into (or imported from) your media library. I pay the annual fee for Marco Polo’s premium version, without which videos stored in the cloud are deleted after a year.

It’s easy to meet new people; it’s hard to make new friends. But the effort is often worth it.

While in Durham this past January, I went to a Meetup event to watch the debut of the show Star Trek: Picard. It was great to watch this new era of Star Trek with a dozen other geeks who came to the party with the same passion and context that I did.

Best of all, I made a new friend! Kim and I stayed in touch after the party, going for a hike with one of her friends a few days later. She later introduced me to the same board game pub that returned to in the beginning of the post. I really appreciated knowing someone local who I could see more than just once.

Once I leave Durham, will I stay in touch with the people I met here? I hope so! Geography may limit offline interactions, but those limitations don’t define a friendship.

Being a digital nomad means I can live wherever I want, for however long I want. And if I can be in any city, from Seattle to Fargo to Syracuse, then why not Boston?

The trajectory of my first year of travels is taking me by car from the East Coast to the West Coast. But at any point before or after the pandemic, I can go back to Boston for a week or a month. I can visit my friends, check in on family, get a haircut from my usual barber, eat at my favorite restaurants, and teach some classes. While I won’t be present for every season and every tradition, I can still be in Boston two or three times a year to remind myself where I came from (and to ensure my friends don’t forget me).

When I’m ready, I can pick up where I left off, or set off in a new direction.

While I am an extrovert, I am not co-dependent. When not in the thrall of a pandemic, new cities mean new theaters, new musicians, new events, and new food to try. It’s easy to find things that interest me and to enjoy the freedom to try them.

And if I’m sheltering in place? I have plenty of books to read and video games to play — the latter which I can stream to my YouTube channel, which doubles as a source of revenue! And I’m never wanting for personal projects to work on, whether it’s writing for Roadbits, podcasting for Transporter Lock, or uploading to the Internet Archive.

At some point in everyone’s life, being alone is inevitable; but being lonely is optional. I use the above tools to keep me grounded.

What works for you? How do you share your thoughts and experiences, and with whom? Leave a comment with your advice!