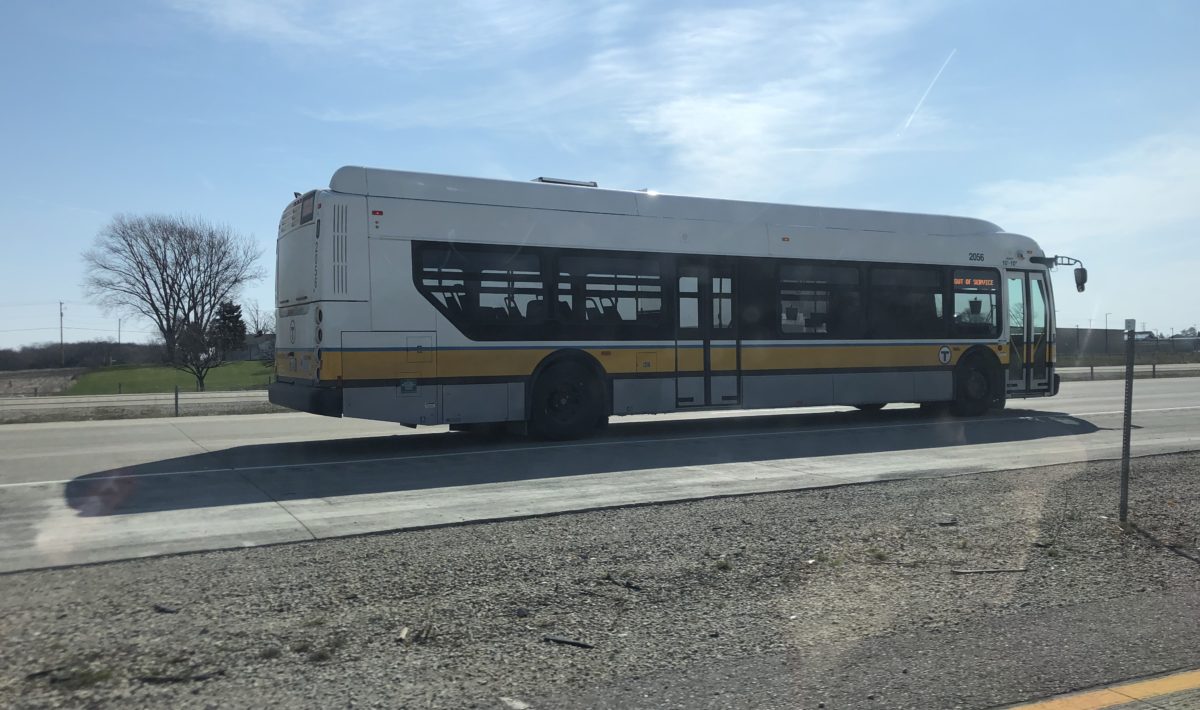 On Saturday, April 11, I drove ninety minutes from Madison, Wisconsin, to Richmond, Illinois. My friend T.J. was driving from Chicago, and we’d meet halfway at Glacial Park Conservation Area for a short hike.

I hadn’t been on the highway since I arrived in Madison three weeks earlier. I took in the sights both on and around the road, enjoying seeing something other than my own neighborhood.

As I approached a slower-moving vehicle in the right lane, I signaled and moved into the center lane, passing it while maintaining the speed limit. I thought nothing of this typical occurrence, as I passed a bus that looked like like hundreds of others I’d seen before.

It wasn’t until after I was back in the right lane that it occurred to me: I almost never drive on Wisconsin highways. So why did that bus look like hundreds of others I’ve seen before?!

I slowed down as much in disbelief as to get a closer look. I was getting off at the next exit, so I had a reasonable and safe excuse to slow down enough to let the bus pass me again, giving me the opportunity to safely snap some photos.

I was so familiar with Boston’s public transit that it hadn’t registered at first how out of place this bus was. What was a Massachusetts Bay Transportation Authority bus doing in Wisconsin?!

As soon as I could safely do so, I shared the photo on Twitter — where it received a timely response from the MBTA:

The buses are made by New Flyer in St. Cloud, Minnesota, and then simply… driven to Boston. I never would’ve guessed! I would’ve thought they’d be built locally, or shipped to Boston in parts and assembled, or towed en masse, or driven in caravans and fleets. But instead, they’re just driven one-by-one across the country!

The whole ride home from Glacial Park, I thought wistfully of all the fun interactions I could’ve had with that bus. Maybe the driver saw my Massachusetts plates and similarly wondered what brought this traveler to Wisconsin. Maybe, if we’d met at a rest stop, I would’ve abandoned my nomadic lifestyle, whipping out my Charlie Card for a ride back to Boston.

I thought that was the last I’d see of that bus — but it crossed my path one day and a thousand miles later when another Twitter user spotted that same bus, #2056, approaching Albany, New York.

Again demonstrating excellent customer service, the MBTA responded to Twitter user @ragwafire while referring to me anonymously as a “confused motorist”.

I imagine the bus concluded its journey later that day. My route to Massachusetts will be a bit longer. But some day, I will again live in Boston, riding the buses and subways to my destinations. On that day, I will look for bus #2056, knowing we are once again sharing the same road.

What unexpected touchstones of home have you encountered in your own journeys? Leave a comment with your memories!