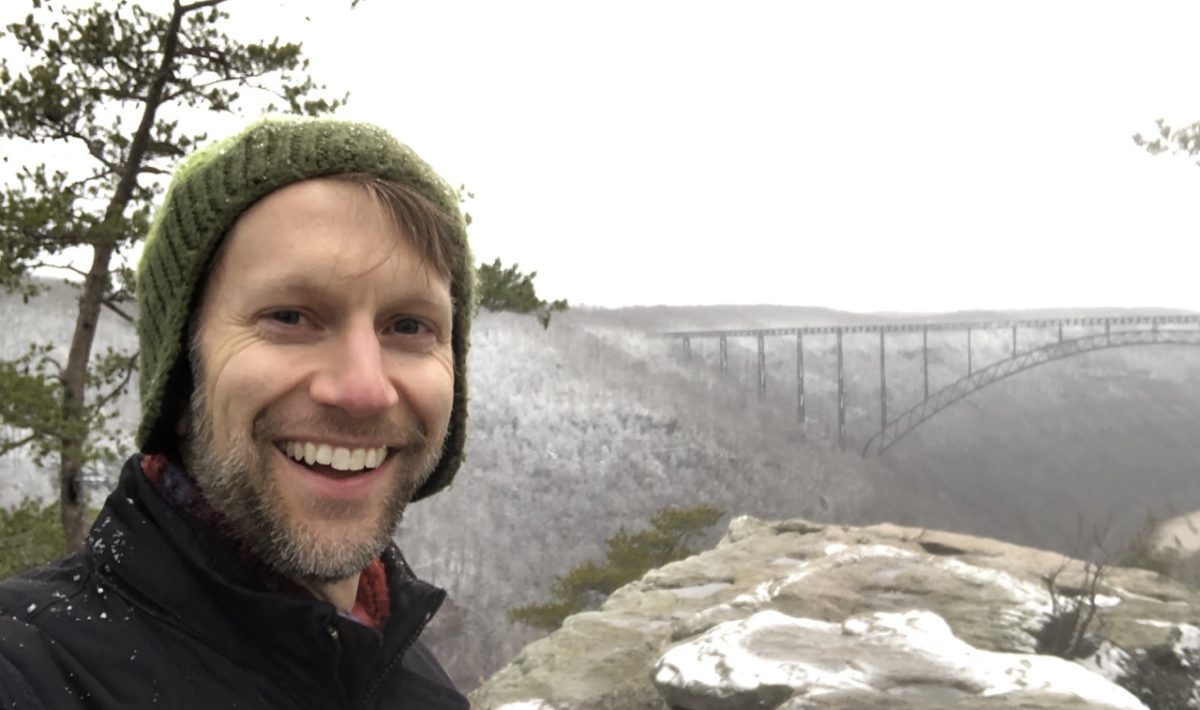 Every January 1, I tweet a goal for the year and pin it to the top of my timeline, to serve as my own reminder and to make myself publicly accountable to achieving at least one big thing in the year.

The year is not even halfway over, and I’m already taking a mulligan on my 2020 goal.

To be fair, nobody expected a pandemic, and adapting to these new circumstances meant changing (or abandoning) a lot of plans.

But I was still able to make progress toward this goal! On Friday, February 7, I left my Airbnb in Durham, North Carolina, to drive to Pittsburgh, Pennsylvania, where I’d catch a flight to San Antonio, Texas, for work. The route would take me right through West Virginia.

Some people have rules for what “counts” when visiting states: they need to spend a night there, or visit a national park, or eat ice cream. My only rule is that “airports don’t count”, so while driving through West Virginia would’ve been technically sufficient, I didn’t become a nomad so I could speed past America. I took a day off from work so I could properly experience the state.

My route took me past New River Gorge National River, a national park that includes the New River Gorge Bridge — the longest steel span in the western hemisphere, which you may recognize from West Virginia’s commemorative quarter. I pulled into the visitor center around 1 PM on a snowy Friday. After getting my national park passport stamped and confirming with the ranger that it was safe to hike, I set out on some local trails.

My first stop was the Endless Wall Trail, a short 2.3-mile point-to-point. The shortest route from the end back to the beginning is along a shoulderless road, so I played it safe by hiking halfway into the park before turning around.

In more seasonable weather, the New River Gorge is a highlight of this hike, clearly visible from Diamond Point Outlook. But on this overcast day, I could see hardly a thing: the horizon was clouded, the river murky.

Instead, I got to enjoy having the park entirely to myself. As I hiked to Diamond Point and back, snow was falling, blanketing the forest in silence, with the sole exception of a creek aspiring to be a river.

In this short expedition, I came across only one other soul — someone who, like me, had decided this weather called for taking a Friday afternoon off from work to go hiking. She and I chatted for a bit before continuing in opposite directions, appreciating our own company.

This brief trail left me with a few hours before the sun set at 5:54 PM, so I drove to Long Point Trail. Though I was tempted by the network of other day hikes it connected to, I kept sight of my goal to see the famous bridge while there was still daylight. I was delighted to meet a dog named Kepler at the trailhead — and, after discovering the following sign, more delighted that Kepler was the only local fauna I encountered on that hike.

The many other informative signs along the way were covered with freshly fallen snow. Instead of brushing them to discover their hidden meaning, I made my own.

I made my way to within view of the bridge without much difficulty. Between the snow, fading sunset, and sharp drops, I was hesitant to get too close; within those limits, I got the best photos I could.

On the hike back to my car, I decided to explore one of those branching paths, not realizing that, by design, it would require fording a creek. The water was just shallow enough to guarantee cold, wet feet, prompting me to turn around.

Altogether, I hiked about five miles before retiring to a local bed and breakfast and engorging myself at a nearby pub. It was a quiet, peaceful experience of West Virginia, completing my tour of the 48 continental United States. With memories like these, that’s a goal I can be proud of.

What state have you always wanted to visit but haven’t yet? Share your goals in the comments!