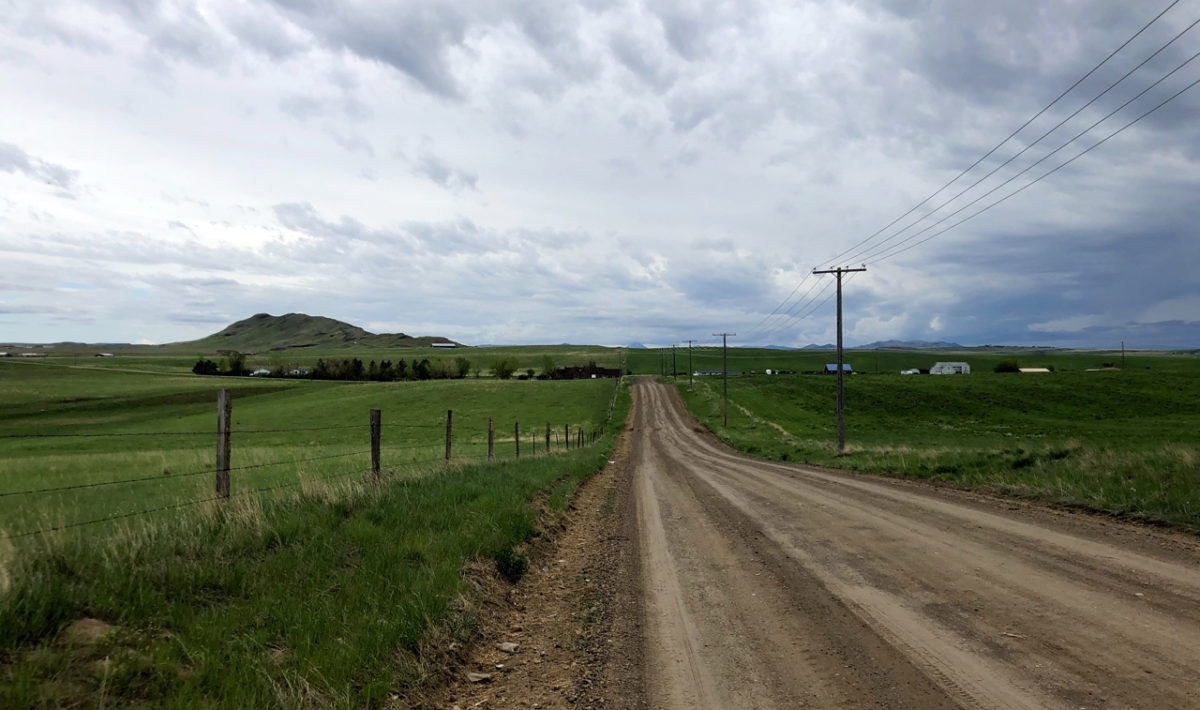 Today is my nomadversary. It was one year ago today that I left the keys to my apartment on the counter, closed the locked door behind me, and began a transient lifestyle.

Since then, I’ve moved 34 times, spending anywhere from 1 to 83 nights in any given place. I’ve driven 11,323 miles; taken buses, trains, subways, and boats; and flown to Amsterdam, St. Louis, Pittsburgh, San Antonio, and Boston. I’ve seen old friends and made new ones, gone hiking and contra dancing, bicycled in national parks, fostered dogs, and rushed to urgent care.

I’ve learned or reaffirmed many things about myself in the past year.

I spent the first forty years of my life in the same state — thirty-two of them in the same county. I’d amassed a collection of six hundred books, one thousand video games, and three hundred DVDs. My apartment had a separate kitchen and dining room, a master bedroom and a guest room, and a home office that doubled as a video studio for my YouTube channel.

Giving all that up was… surprisingly easy. There’s a freedom that comes from having only the bare essentials. I don’t need to keep track of so many things, or keep them in good condition, or even find places to keep them — then later remember where those places were.

I even enjoy moving frequently and not being tied to land or lease. After I’ve been in one place for a month or two and find myself falling into certain routines, I itch to disrupt those patterns and start somewhere new. Unfortunately, places are more similar during a pandemic than they were before: there’s less opportunity to meet the locals or discover new cuisine. But each new city and each new flat teaches me more about what I like, what I need, and what I don’t.

I originally estimated that my monthly rent as a nomad would max out at $1,400. The reality is my average rent has been $1,275 including utilities, a savings of more than $600 per month compared to living in a suburb of Boston, where I paid $1,825 plus utilities. And due to the pandemic, I’m not spending money on concerts, dances, movies, shows, or restaurants, which has been a further savings, even if it’s not directly attributable to nomading. Regardless, the combination of my current lifestyle and a stable job has done my savings account a favor.

I prefer living on my own

Prior to becoming a nomad, I hadn’t had a roommate in eighteen years. I’ve now had several Airbnbs where I share kitchens and bathrooms, to varying degrees of success (and cleanliness). While meeting my fellow tenants has been interesting, it brings back all the same conflicts I used to have: who left the mess in the above photo? Who forgot to flush? And why would you set the thermostat so high?? Having housemates also relegates my privacy to a single room; as someone who works remotely, such limited space makes it difficult to separate my home and work lives. I’ve found it worth the expense (and, during a pandemic, safer) to book Airbnbs that I’ll have to myself.

Having cut the cable twenty years ago and never having adopted any streaming service, I figured I wouldn’t need my Airbnbs to have TVs; I was here to explore the world, not the boob tube! I put my Sony PlayStation 4 in storage and brought just my Nintendo Switch, which can be played without a TV. And for the first six months, I made good on my promise to stay off the couch: I saw community theater productions, went to local meetups, and contra danced my way across the country.

But once the pandemic struck, those pastimes and priorities were erased. So I’ve instead caught up on some quirky, clever, optimistic television shows, while also enjoying my longtime passion for movies. I used to teach a film studies course; I can only imagine what that syllabus would look like now.

In Boston, my social calendar was full of activities and gatherings of my own devising. Now, the intersection of nomading and a pandemic has left me more isolated than usual. I desperately miss my friends, but I’ve found creative and engaging ways to fill my time, whether it’s going for a hike, recording a podcast, or uploading material to the Internet Archive. Those are all things I did before I began nomading, but now I can pursue them more often and more deeply. Other things I do more of: exercise, read, and sleep! And one thing I do less of is take the initiative with friends who aren’t able to reciprocate. Having refocused so much energy and having grown accustomed to this decreased level of social interaction, if I found myself in a post-pandemic Boston tomorrow, I suspect I would not be able to immediately resume the pace of social outings I once maintained.

Not just the people, activities, and traditions — that’s a given — but also the state’s character. Massachusetts is a place where all four seasons are in full force, from summers by the beach to autumn’s prismatic foliage to unforgiving winters. Where you can’t walk a city block without crossing a prestigious university’s campus, or being reminded of John F. Kennedy, Johnny Appleseed, John Adams, and so many more hometown heroes. Where a few hundred trolls dedicated to hate speech provoke 15,000 counter-protestors to action. Where people are openly and unabashedly LGBT, queer, atheist, polyamorous, and vegan.

I don’t know when I’ll stop

Nomading is not a lifestyle for everyone. “I’m not sure how you managed to cut free from everything to be able to continually move on. I think we enjoy having a sense of home and belonging,” wrote a friend. Likewise, shared my friend Peter: “I simply couldn’t do it. Not just for family, etc., but because ‘things’ are important to me. They represent memories, or hobbies, or simply the ‘right tool for the job’.”

Some of the things these friends have are things I don’t want for myself: kids, a mortgage, a job tied to a place. But there are other things that I do want: a home, a partner, a pet. Nomading means I can’t have those things right now. Someday, that tradeoff will no longer be beneficial: the scales will tip, and I’ll want to settle down.

But I can’t predict when that day will be. I’ve not found nomading to be exhausting, and I’m not running out of steam. My next confirmed visit to Massachusetts isn’t until January 2022, and even that might just be a temporary layover before embarking on the European leg of my expedition. I’m hopeful the pandemic will have ended by then, and I can finally have the adventures I intended when I became a nomad: visiting all fifty states, returning to Australia, and visiting far-flung friends.

Here’s to continuing a life on the road and without regrets!

3 Replies to “One year as a digital nomad”