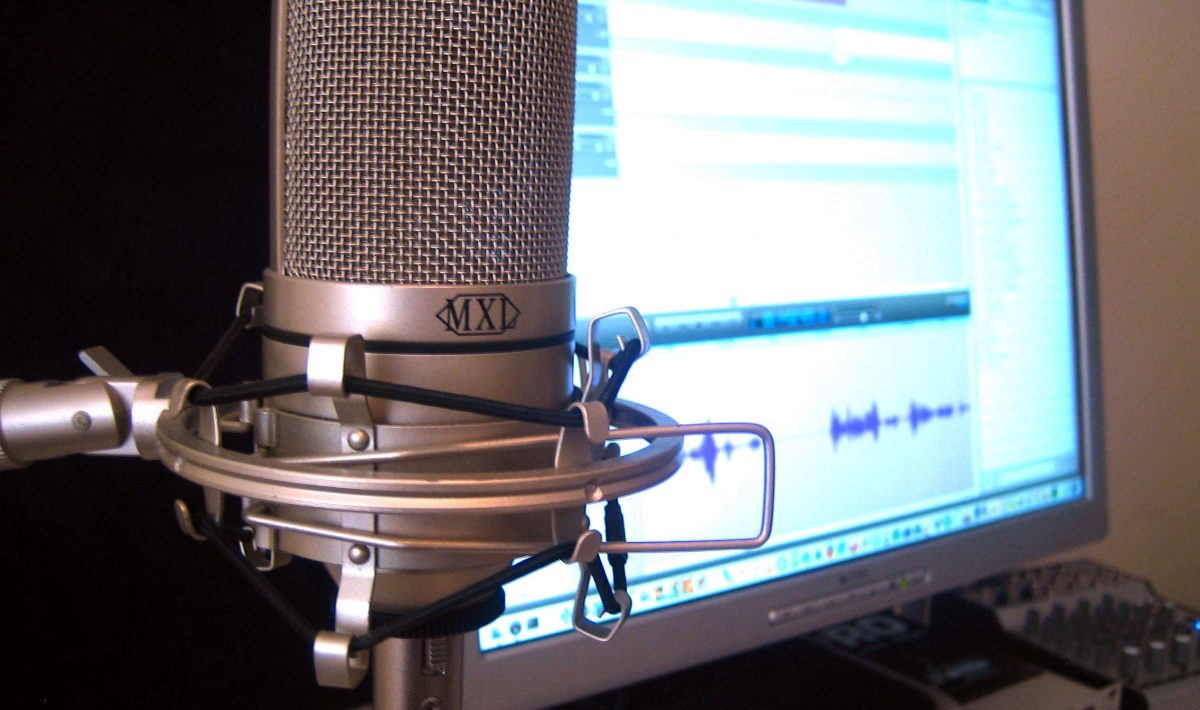 This month, I made the drive of 1,091 miles across four states and two days, from San Diego to Boulder. A friend asked me what audio filled my car on that trip: silence, music, podcasts, narrated books? The overwhelming answer is podcasts. Whereas my written literature favors fiction, audio podcasts are where I get my non-fiction fix, from politics and human interest to video games and dogs.

Podcasts are like tape-delayed radio shows that you can listen to at your leisure. You can listen to them from any computer, but smartphones are best for listening to them on the go. iPhones come with a podcast app, but I prefer Overcast, which automatically trims silences between people talking. iPhones and Android both support the Pocket Casts podcast app, which was recently acquired by my employer, Automattic.

I’ve hosted several podcasts, starting with Open Apple in 2011; my current shows are Polygamer, a monthly show where I interview diverse voices in the gaming industry, and Transporter Lock, an occasional show where my friend Sabriel Mastin and I review new episodes of Star Trek. I also taught podcasting as part of my graduate course at Emerson College, where my students produced episodes of The Pubcast.

So after all that work, it’s actually a relief to get in the car and consume podcasts instead of produce them. Whenever that opportunity arises, these fourteen podcasts across four categories are the ones I load up on. Maybe some of them will be relevant to your interests!

The Washington Post launched Can He Do That? shortly after the 2016 presidential election. The hosts consult a variety of political, legal, and historical experts as they examine the limitations of the presidential office, whether certain actions or promises are feasible, and what is within the president’s power to do. It’s no less important a show after the 2020 election, given the situation the current president has inherited and whether he has the ability to do anything about it.

Movie Therapy with Rafer and Kristen takes listeners’ life situations and offers movie recommendations that will help them empathize or cope. For example, a mother who’s staying in her marriage for her kids was recommended to watch Room, a movie about a woman who puts herself at risk to save her family. Neither Rafer nor Kristen are therapists, so the movies aren’t necessarily intended to improve your situation; and their website lists every movie they’ve ever recommended, but not why. Still, their selections tend to be quality films, regardless of your personal situation.

This country needs a better understanding of and appreciation for science. Science Talk, hosted by the esteemed publication Scientific American, addresses that need with interviews from some of the foremost experts on artificial intelligence, climate change, and beavers. Host Steve Mirsky is equal parts curiosity and humor, making these topics accessible to a broad audience. If you don’t have time for these thirty-minute episodes, try Science Talk‘s morsel-sized counterpart, 60-Second Science.

Something else our world needs: more good news! The Good News Podcast follows a similar format to 60-Second Science, providing five-minute summaries of exciting discoveries or acts of heroism. The hosts, Colleen and Neil, pad out the show with fun, friendly banter. The Good News Podcast is a production of Cards Against Humanity.

I’m an experienced dog-sitter and foster parent, but I’ve never actually owned, raised, or trained a dog. That’s where POD to the Rescue comes in. Hosted by the Summit Dog Rescue of Boulder, Colorado, this podcast offers science-based advice and recommendations for dealing with separation anxiety, leash-pulling, Fourth of July fireworks, and other situations you and your canine companion may encounter. Since I’ll be fostering from SDR this summer, I look to Pod to the Rescue for what the organization hopes for me and they dogs they’ll entrust me with.

Ernest Cline’s Ready Player One was my favorite novel of 2011 — but there’s a difference between how enjoyable a book is and how good a book is. 372 Pages We’ll Never Get Back is a book club in which Mystery Science Theater 3000 co-host Michael J. Nelson and RiffTrax senior writer Conor Lastowka read Ready Player One, savaging it chapter by chapter with their critical reviews and reactions. As much as I enjoyed the original book, I enjoyed these comedians’ teardown even more. After they finished Ready Player One, they moved on to Cline’s other books, and then other bad books in general.

While LeVar Burton shares classic fiction, The Truth creates its own. These original dramas in the style of old radio plays span a variety of genres, from fiction to science fiction to horror, with each episode spanning ten to twenty minutes. Some episodes were so haunting, they’ve stuck with me even years later.

The Bright Sessions tells the fictional tale of teenagers and young adults who are navigating life’s challenges, from coming out as gay to coping with their parents’ deaths — while also discovering they have superpowers, from telepathy to time travel. The show is presented as audio recordings of their one-on-one sessions with a psychologist who specializes in “atypical” individuals. The writing staff includes an actual therapist in an advisory role, so the therapy the titular Dr. Bright offers often resonates as authentic. Later seasons went veered in the direction of the television show Heroes, moving away from the intimate setting of a therapist’s room; a paywall and an expanded universe of novels and music playlists further diluted the show. But the first few seasons are still some of the best audio fiction I’ve enjoyed.

The Moth is a live event, radio show, and podcast hosted by National Public Radio (NPR). At the live event, a theme is announced in advance, such as “Love Hurts”, “Now or Never”, or “Caught in the Act”. If you have a true story from your own life in which you are the main character, you’re invited to put your name in the hat; if your name is drawn, you have five minutes to tell your story. I’ve been a Moth devotee since discovering its monthly events in Boston; I’ve attended more than seventy such storyslams and have told nine of my own stories. While none of them have appeared on the podcast, those they do select display humanity at its best and most vulnerable.

Imagine The Story Collider as a cross between The Moth and Science Talk, where the storytellers are scientists or the stories are about science. Whether it’s about a biologist’s amazing discovery or a grade-school science teacher who changed a student’s life, the stories are filled with humor, warmth, and personality.

New Game Plus features three guys playing one old game for seven days, after which they convene to share their experience. The games are randomly selected from a list that spans decades and dozens of consoles, resulting in the hosts sometimes playing favorites they grew up with, or antiquities that are older than them. Whether the game has aged well and warrants their recommendation to be played today is determined at the end of the show. The cast lacks a certain diversity, but their friendly antagonism combined with a healthy dose of nostalgia makes for a fun listen.

N-Focus is a show entirely about the Nintendo Switch video game console, which is the only game console I nomad with. There are so many things to love about this show, including the guarantee that every game they mention is one that I have access to, unlike broader shows that cover games for Xbox One or Microsoft Windows or MSX. They cover not just recent releases that are already getting lots of coverage, but also older gems that may have been overlooked the first time around. Some of their reviews take the form of ten-minute monologues that demonstrate plenty of thought and analysis. And the dialogue between the three hosts is friendly and uplifting, not ironical or disparaging. I discovered this show late and have eagerly gone back to listen to many recent episodes, which is something I rarely do.

The Official Xbox Podcast (Was Major Nelson Radio) is the gaming podcast I’ve listened to the longest. As it’s hosted by Microsoft’s own Larry Hryb, you can bet the focus is on positive reviews of Xbox games, which simply means they don’t talk about the bad games they’re playing. Though I missed out on the latest two generations of Xbox consoles, I still find it interesting to keep abreast of the platform and its games, many of which are available for other systems as well. And the three hosts are gamers of many platforms, so they often discuss what they’re playing on Switch and PlayStation.

What about you — what are some of your favorite podcasts? I’m always looking to expand my repertoire, so leave a comment with your suggestions!

(Full disclosure: I support or have supported The Good News Podcast, 372 Pages, The Bright Sessions, New Game Plus, and N-Focus on Patreon, and I have donated to and spoken at The Moth. Photo courtesy Carrington Vanston via Juiced.GS.)