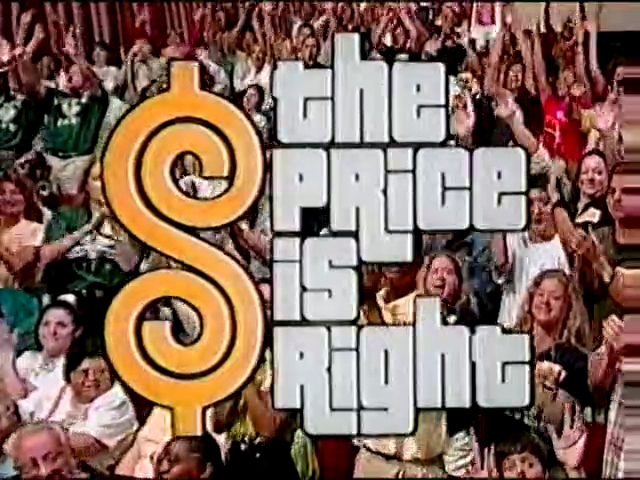 I’d always hoped to hear Rod Roddy speak those five magic words: “Ken Gagne, come on down!” Pulling into Los Angeles, I expected Bob Barker would soon be handing me the keys to a new car.

Such optimism proved fruitless, but Steve and I did get into the studio audience of The Price Is Right. Anyone caring to see the younger half of the Gagne Boys on television can tune in October 7th. (check your local listings!)

We eventually escaped the smog of California, only to be held captive by the heat of Nevada and Arizona. I recommend that visitors to Las Vegas visit the Hilton’s latest attraction: Star Trek, The Experience. It begins in a museum of video clips, show props, and a comprehensive (500+ years) timeline, most of which will appeal only to the most diehard of Trekkers, followed by participation in a Star Trek mini-episode.

We otherwise spent little time in the city of Lost Wages, and spared Hoover Dam only a drive-by. (I’ll leave the jokes to Chevy Chase.)

Returning to nature, we bedded down just outside the Grand Canyon. We awoke early in anticipation of the sunrise – an hour too early, we found, not realizing that Arizona does not observe Daylight Saving Time. We sat on the rim of the dark gorge, quietly reflecting on the upcoming event. Unfortunately, at least two dozen other tourists, some with children, entertained similar notions, sans quiet reflection. Although nothing could detract from the beauty of the sun’s rays slowly illuminating the expanse, it was hardly the peaceful commune with God I expected.

With the great heights, early morning atmosphere, and quiet, sparsely- settled towns, the Grand Canyon environs had a Vermont feel to them. The only difference: here, the mountains are inside-out.

Later, driving through rocky terrain normally associated with Road Runner cartoons, Steve had the bright idea of going horseback riding. My horse, Fielder, and I could not come to an agreement as to an appropriate speed. Anything faster than a walk would send jolts through my spine and stomach, and cause me to teeter precariously off the seatbelt-less saddle. At the end of the ride, the other horses were kicked into a full-speed gallop. I didn’t blame them for wanting to end the ride with a bang, but I was unable to ride at that pace, though my horse felt otherwise.

Steve rode into the ranch first. A few moments later, he worriedly noticed Fielder trotting past him, riderless. Five minutes later, I stumbled in, caked with the red desert dust of Utah.

My first, and last, equine experience.

Two days and many showers later, we set out to explore the Carlsbad Caverns. Unfortunately, as the days blur together for us, we were unexpectedly caught in both the weekend and holiday traffic of July Fourth. Even had the pace been swifter, any remaining sense of adventure was eliminated by the paved, railed path, and the constant sources of illumination. Steve and I agreed: spelunking in the many caves of northern California’s Lava Beds National Monument was more fun. There, our only provisions were a pair of flashlights, and the promise that, were we not back by dusk, the rangers would initiate a search.

We were as far south from home as we’d get when we entered San Antonio. Here resides the Alamo, a historical building that has starred in movies with actors from John Wayne to Pee Wee Herman. There is as much fiction as there is fact surrounding the site. In truth, 189 Americans, all willing to give their lives, made a final stand here in 1836 against the 5000 advancing troops of Mexican dictator Antonio Lopez de Santa Anna. Although the small structure itself was of little value, their 13-day battle allowed Texan forces to gather elsewhere to defeat Santa Anna in other battles. The determination of heroes such as Jim Bowie and Davy Crockett embody the American spirit to this day.

And so after another ball game, this one in Arlington, Texas (the first we’ve attended in which the visitors did not win), we made a fast path out of the southern heat. A few more stops, then we’ll make our way up the East Coast, to home.