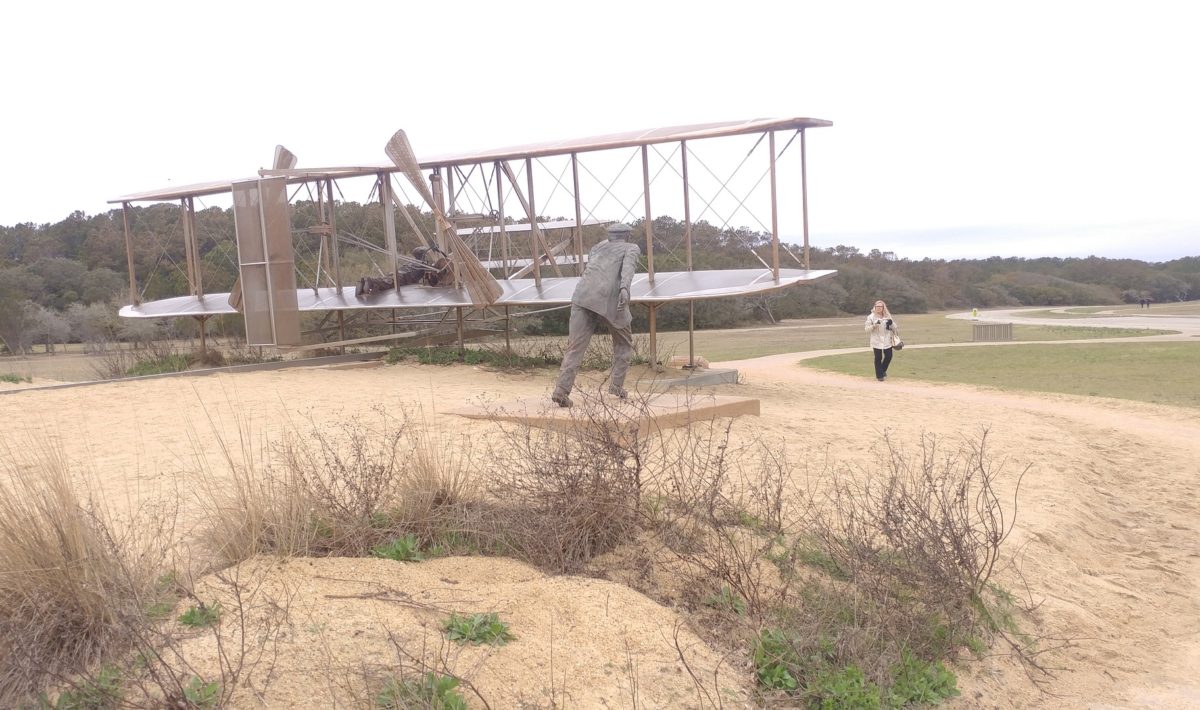 The roads of America had led my brother Steve and me to many places. As we entered the final leg of the South, we also began travelling through history, to places before our times, and years remembered either well or with tears.

Before leaving Dallas, we stopped at Dealey Plaza. It was at this site 35 years ago that President John F. Kennedy was assassinated. The location from which Lee Harvey Oswald supposedly fired the killing shot, the sixth floor of the book depository, has been renovated into a museum dedicated to the life, times, and death of the young president. As my brother looked upon the infamous location, I could hear the political science major’s heart skip beat. I could not fully comprehend the consequences of the event, but the stories, videos, and radio clips gave me some idea of what it meant to those who lived it.

On the other end of the spectrum and not far off was Hope, Arkansas, boyhood home of William Clinton. He had occupied the house for three years, at which time he played with trains and tramped through the neighborhood in his cowboy costume. A place that he had lived for so short a time had become a monument; I wonder if he’s been able to turn anything else he’s briefly touched golden.

In Memphis, Beale Street was a slice of New Orleans: a great place to eat, drink, and be merry. Yet just a few blocks away stands the somber Lorraine Motel, now a museum dedicated to the equal rights activist who was slain there in 1968: Martin Luther King Jr.

We passed by Graceland, so that we would not be tired of music history when we entered Nashville.

There, the Country Music Hall of Fame pays tribute to the times and stars of this American-borne music, from the days of the Grand Ole Opry to today. Special attention was paid to Elvis Presley and Hank Williams Jr. A scant few but impressive displays were of Garth Brooks, Alan Jackson, and Trisha Yearwood pieces; the following room held every type of guitar imaginable, without relating them to any specific personalities.

I noticed that radio tells much about the areas we were in. Whereas Fitchburg and Chicago have one or two country stations, the middle of Kansas and Montana have no radio stations; Los Angeles’ dozens of stations were rap and ska, no country, whereas every other one in Nashville spat out a song with twang.

A brief layover in Atlanta ensued, during which we raided the pantry and unmade the beds of Mr. Daniel Gagne. My Christmas gift to my brother will have to be especially generous this year.

Halfway up the East Coast, we landed along the shores of North Carolina, in Kitty Hawk. It was here on December 17th, 1903, that Orville and Wilbur Wright performed the first successful flight ever made in a self-propelled heavier-than-air machine. A ranger gave an engaging talk in front of a working replica of the original craft, complete with wax Wrights. Outside, markers indicated the times and lengths of the four flights made that crisp winter morning, anywhere from a few feet to a hundred yards. I was thrilled to be standing at the birthplace of aviation, and awed to think that these two brothers from Dayton, Ohio, had achieved the impossible. A memorial to their genius and innovation stands on Kill Devil Hill, a sandy mound now permanent, but blown hundreds of yards from its original location 95 years ago.

We ignored all the usual monuments in our nation’s capital, and went 14 miles outside Washington, D.C., to Mount Vernon, home and burial site of George Washington. I was surprised by the assortment and display of agriculture; our president was quite the horticulturist, maintaining and experimenting with a variety of trees and plants – including cherry trees. The rest of the sprawling estate was what one would expect from a plantation: slave’s quarters, stables, wharf. Archaeologists continue to excavate a variety of artifacts from the trash-dumping grounds.

The most exciting site on this leg of the trip was a colonial house owned by a an unknown writer from this area. It was with great pleasure that I finally arrived home.