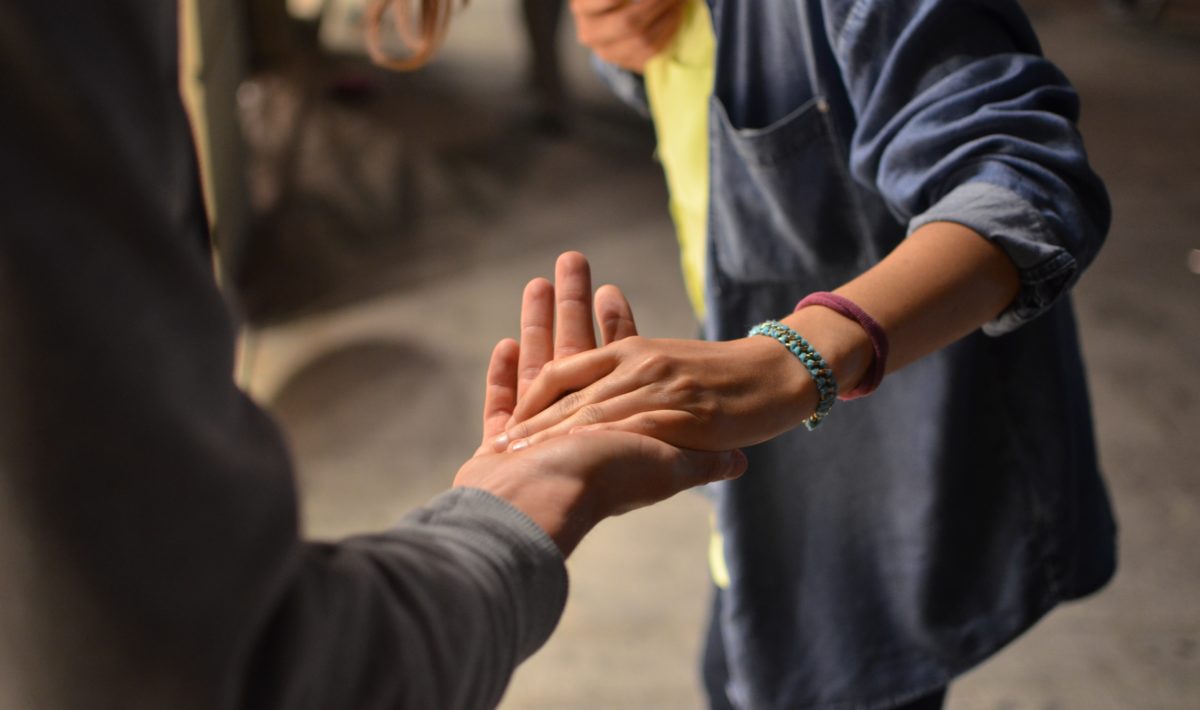 On December 28, one of my last days in Syracuse, New York, Andy and I took a road trip to the Strong Museum of Play in Rochester. I’d spent two months in Andy’s city, going to dinner and movies and on hikes together. This expedition was our last hurrah before I moved on to my next nomadic destination.

When I brought Andy home that evening, I helped him carry some things inside. His wife Debra asked us how the day went, and we shared the highlights of our trip. Finally, there was a lull in the conversation, and Debra asked if this was goodbye.

This is not goodbye

Over the ensuing mugs of hot chocolate (thank you, Debra), I privately pondered where that outburst had come from. Saying goodbye was not foreign to me: I’d graduated from high school, college, and grad school, saying goodbye to classmates each time. Every summer, when I leave the annual Apple II convention in Kansas City, I say goodbye to friends I don’t see anywhere else. Most recently, I’d shared plenty of goodbyes when I left Massachusetts to become a nomad.

But in so many of those cases, it wasn’t truly “goodbye” — it was “until we meet again”. That’s what made it so easy to leave Massachusetts. I don’t take Josh, Nicholas, Sara, Sam, Elizabeth, Michele, Paul, Bob, Sheila, Gene, Janice, Tom, Kristin, Dori, Lauria, Tom, Matt, Robin, Nick, Steph, and more for granted — but I also know they’ll almost certainly be there when I get back. I look forward to that day.

I put those friendships on pause so I could focus on other friends whom I’ve too long neglected. Motivated by the poem “Around the Corner“, I didn’t want to wait until it was too late to see these far-flung friends. Spending time with them, be it in Syracuse or Havre or Durham, has created some of the most meaningful moments of my life. I will never regret taking this opportunity to fill my heart with my friends’ presence.

But it also means saying goodbye far more often than I’ve ever had to. Every month or two, just as I started to grow accustomed to someone’s presence, I pick up and move on. And this time, unlike my chosen family in Massachusetts, I don’t know if we’ll meet again.

When I left Syracuse, my route briefly took me past where my friend Ruth lived. She’d been in poor health lately, and I’d been making a point to see her whenever I could. Despite a fierce blizzard and the icy roads fighting me every mile, I stopped to see her on that snowy December 30. We talked and laughed and played cribbage, like we always did. When I left, I told her I loved her, like I always did. And as I stepped outside, my shoulders were heavy not just with fallen snow, but with the weight of knowing my travels would keep me from seeing Ruth again.

On May 2, Ruth called me to say goodbye; a week later, she was gone.

This past February, in the fourth episode of the first season of Star Trek: Picard, an aging and ailing Jean-Luc Picard orders his starship to detour from their intended destination of Freecloud to a nearby planet where he once had friends, fourteen years prior. His first officer begs him to reconsider:

I thought of that scene last week as I left Havre. It’s a small, remote town in northern Montana, just forty minutes south of Canada. The cheapest flights there from Boston go through first Seattle, then Salt Lake City, before arriving in Great Falls, a two-hour drive from Havre, for a total of 14 hours of travel. Or I could spend nine hours flying Boston to LaGuardia to Minneapolis to Fargo, then take an 11-hour train ride to Havre. It’s not an easy place to get to — or to get out of. But it was worth it to visit Karen, a friend I’d seen just once in the last decade.

As I said goodbye to Karen, I said the same thing I said to Andy, to Debra, and to Ruth: “I love you.” Then, tinally, I was able to articulate what had made me cry at Andy’s house, and what stopped me outside Ruth’s: “I may not pass this way again.”

Unlike Jean-Luc, I am young and healthy. But like Jean-Luc, I must still take every opportunity I can to say hello. Given the lengths I’ve already gone to see my friends, I remain hopeful that we will cross paths again. In the meantime, I look forward to all the loved ones I will see on this journey, and all the experiences we will share.

But inherent to every hello is the inevitable goodbye, and I’ve chosen a lifestyle that makes me say it more often than I’ll ever be used to.

(Photo by Rémi Walle on Unsplash)

One Reply to “I may not pass this way again”