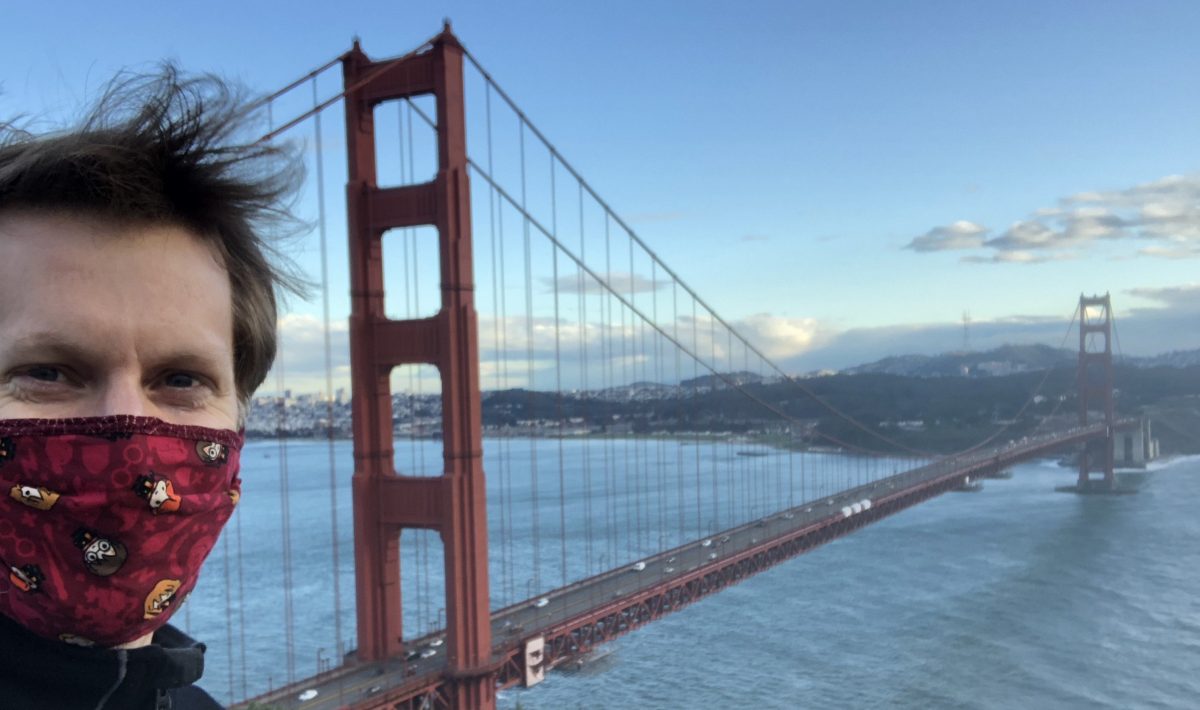 When I told my friends that I’d arrived in Alameda, California, I got the same question over and over — from Twitter:

Have you found the nuclear vessels?

This seemingly synchronized flurry was no surprise to me, but others may wonder: why would so many people independently ask such a bizarre question? The answer lies in this scene from the 1986 film Star Trek IV: The Voyage Home.

This scene — the fiftieth best moment in science-fiction history, according to Popular Mechanics — follows the crew of the USS Enterprise starship, having traveled from the year 2286 to 1986 San Francisco to rescue two humpback whales. Officers Pavel Chekhov and Nyota Uhura’s side mission is to find a nuclear reactor they can use to power their spaceship for their return flight to the future, leading to this legendary comedic scene.

Chekhov and Uhura eventually do find a nuclear-powered aircraft carrier at the Naval Air Station Alameda. I would have to follow their footsteps if I wanted to answer my friends’ questions. Alas, this naval base closed in 1997, eleven years after the movie and twenty-four years before my arrival.

This Trekkie was nonetheless determined not to waste my time on the very walkable island of Alameda. Near the end of my seven weeks there, I took an extended lunch break, making my way to what is now the Alameda Naval Air Museum. Lo and behold, there docked a nuclear wessel.

Much like the the original film, I took artistic license. Chekhov and Uhura reported that the carrier they found was the nuclear-powered Enterprise — but historical records show that the Enterprise was not in Alameda at that time; the ship shown in the movie is in fact the USS Ranger. Similarly, the ship seen above is the USS Hornet, which, like the Ranger, radiated not a single Joule of nuclear energy.

Nuclear vessels may have been the star of Star Trek IV‘s most famous scene, but while Chekhov and Uhura prowled around Alameda, Captain Kirk and company explored other areas of San Francisco.

After Alameda, I spent six weeks in San Francisco’s Outer Sunset neighborhood. Just like the fate of Earth in Star Trek IV, I knew my time was short: if I wanted to make the most of my stay in the Bay Area, I had to act swiftly. So one Saturday, I called my old college friend Ping and asked if he wanted to join me on a walking tour of downtown San Francisco. Our knowledge of Star Trek lore, combined with the websites IMDb and The Worldwide Guide to Movie Locations, led us to a short stretch of road where three different scenes were shot, where Ping graciously served as our photographer.

Each scene presented unique challenges. Whereas Kirk was nearly run over by a taxi driver, I had no desire to be vehicularly threatened. I stepped out into the street only far enough to glare menacingly at motorists as they passed by at a safe distance.

This alley was one that Ping had walked by several times over the years without recognizing it. Understandably so: in the movie, the most notable element is the billboard for Pacific Bell Yellow Pages, which would be anachronistic to discover now.

The “nuclear wessels” scene was the most difficult to recreate. In the intervening years, a portion of nearby Joe DiMaggio Playground had made way for the North Beach Library branch, changing the flow of foot traffic and the available camera angles. That didn’t stop us from shooting our own version of the scene.

Sometimes, The Voyage Home is about the friends you make along the way.

3 Replies to “Star Trek IV: The Voyage to Alameda”