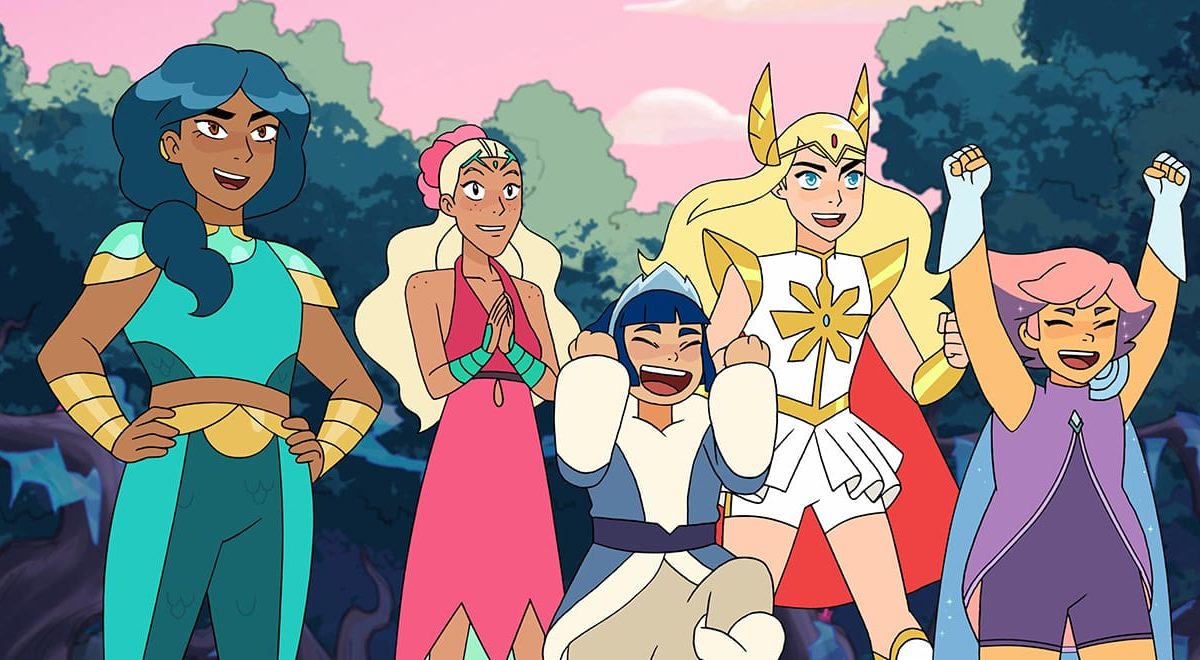 I grew up watching a lot of television: from Family Ties and Growing Pains to Cheers and Night Court; from Frasier and Home Improvement to Days of Our Lives and Nick at Nite. At some level, I knew it was too much, even going so far as to pen a (hypo)critical editorial for my school newspaper about our society’s obsession with television.

Then, my junior year of college, I spent a half-semester in Australia, divorced of my viewing habits. When I returned to the States, my parents bequeathed to me exactly what I had asked of them: a dozen VHS tapes with every show I had missed. Overwhelmed by this backlog, I realized I had two decisions: I could frantically catch up and resume my unhealthy relationship with television; or I could wipe the slate clean and walk away. I chose the latter.

This was before streaming services existed, and by the time they were invented, I’d already filled that hole in my life with community theater, podcasts, and freelancing. As a result, I’ve watched hardly any television in the last twenty years — though there have been a few exceptions. I binged Buffy the Vampire Slayer each time a new season came out on DVD. Growing up reading DC Comics, I’ve made time to watch The Flash, again on DVD. And Star Trek was something I always shared with my dad; accordingly, the first streaming service I ever paid for was CBS All Access, so I had material with which to launch and co-host the podcast Transporter Lock. But other shows that captured the popular zeitgeist — 24, Lost, CSI, Boston Legal, King of Queens, Sopranos, Breaking Bad, House, Scrubs, The Office, The Walking Dead, Westworld, Game of Thrones — remained outside my realm of knowledge. Television just wasn’t something I made time for.

Then the pandemic made time for me.

Six weeks in Madison, Wisconsin, followed by seven weeks in Havre, Montana — all while cut off from my usual social circle and almost all my friends across the country — left me with an unprecedented degree of downtime. I filled some of it with productive new projects, but more than usual, I needed an escape from the stress of the world.

These six new-to-me series have helped me cope during these difficult times. Five of them have concluded their runs, making them easy to binge.

I love Kristen Bell as much as much as Kristen Bell loves sloths. In this show’s first episode, she wakes up in the afterlife, having died a horrible person — but, through a case of mistaken identity, she nonetheless finds herself in “The Good Place”, architected by Ted Danson (Cheers). What follows is surreal hilarity and sharp dialogue steeped in visual nuance that you’ll miss if you blink.

Wikipedia classifies The Good Place into four genres: comedy; fantasy; philosophical fiction; and dystopia. It is absolutely unlike anything I have ever seen. Its fourth and final season concluded this past January.

The Orville premiered the same time as Star Trek: Discovery, produced by and starring Seth MacFarlane, creator of Family Guy. Given this pedigree, the show was marketed as a parody of Star Trek, which didn’t appeal to me.

But when I finally tuned in, I found it more thoughtful and engaging than I expected, and more akin to traditional Star Trek than anything CBS and Paramount are currently producing. I love the serialized shows Discovery and Picard, but the episodic nature of The Orville is a welcome balance. Its surprising takes on gender identity and original twists on black holes, time travel, and other science-fiction staples make for a great show — and that’s even before you add all the Star Trek alumni among the regular cast and guest stars.

Galavant is a medieval musical comedy series that I’ve wanted to see ever since it first aired in 2014. A veteran myself of such stage performances as Once Upon a Mattress, I loved the idea of a diverse cast of knights, squires, and and princesses interrupting their heroic quests to suddenly burst into song. The show is very self-aware, filled with anachronisms and fourth-wall-breaking humor reminiscent of Mel Brooks classics Robin Hood: Men in Tights and Blazing Saddles. Alas, Galavant lasted only two seasons.

Ever since seeing the first Back to the Future 35 years ago this week, I’ve been fascinated by time travel and all its inconsistent temporal mechanics, from the butterfly effect to divergent timelines and causality loops. So when the 2016 series Timeless debuted, it immediately landed on my radar.

Superficially, the show is somewhat formulaic: the bad guys go back in time to kill someone famous, and the good guys follow to stop them. But the larger framework is a centuries-old secret organization with Nazi-like tendencies, with morsels of this conspiracy doled out just often enough to keep me hooked. The tension of our entire history being rewritten was balanced by some clever humor and meaningful character growth.

The show lasted only two seasons before being cancelled on a cliffhanger. But six months later, NBC allowed the producers to wrap up all the loose ends with a special two-hour series finale which, while rushed in parts, was nonetheless satisfying. Thank goodness — I don’t think I could’ve handled another The Sarah Connor Chronicles, another two-season time-travel show that also ended on a cliffhanger.

Thirteen years ago this week, I interviewed John Knoll of Industrial Light & Magic about TRON‘s impact on Hollywood special effects. I may have been projecting a bit: this 1982 Disney movie about Jeff Bridges being pulled into a digital world populated by anthropomorphic programs undoubtedly influenced by love affair with personal computers.

I’d wanted to see the movie’s animated sequel, TRON Uprising, ever since it debuted in 2012 — but it was never released to home video; I’ve had to suffice with listening to the Daft Punk-inspired soundtrack.

Now, finally, the show is available on Disney+, and it was worth the wait. TRON Uprising features an all-star cast including Elijah Wood, Bruce Boxleitner, Lance Henriksen, Paul Reubens, and Mandy Moore, as well as stunning cinematography and choreography. There were multiple sequences I rewatched simply because I’d never seen anything like it before.

As someone who dug Batman Beyond, I was here for this show about a young upstart growing into his hero’s mantle. Alas, TRON Uprising was cancelled after two seasons.

She-Ra and the Princesses of Power

Oh, how I wish shows like this existed when I was a kid. Technically, it did: She-Ra was a 1985 spin-off of He-Man and the Masters of the Universe. But those series were variety shows of physical altercations meant as marketing ploys for the corresponding action figures.

This modern Netflix reboot, about superpowered heroines coming together to defend their land and fulfill an ancient prophecy, is so much more. As Mey Rude wrote:

By modeling good communication and emotional intelligence, She-Ra shows its audience that talking about emotions is the best way to solve problems… She-Ra shows us that a variety of physical intimacies are healthy and good for kids of all genders together.… The series teaches us to find power in ourselves, believe in the good in people, and value our chosen family.

While watching She-Ra as a kid would not have made me any less straight or cisgender than I am, it would’ve been so validating to have role models who are allowed to be emotionally vulnerable, even (and especially) when it means defying gender stereotypes.

She-Ra and the Princesses of Power concluded its fifth and final season this spring.

I didn’t become a nomad so I could have more time to watch TV. One reason I did become a digital nomad was to identify what habits were personal and which were environmental. Do I do something because it brings me joy? Or because I’m accustomed to it, and my surroundings make it easy to do?

Visiting Australia was my first experience with disconnecting and self-discovery, when I learned that television is not something I need in my life. To that end, I’m not looking to start more series, lest I fall back into my teenage habits.

But right now, the above six shows’ reassurances that there can be happy endings and brighter futures are welcome company.

What shows have you discovered — or rediscovered — during the pandemic, and what do you love about them? Leave a comment with your own vicarious tales!

4 Replies to “Televisions shows for the pandemic”