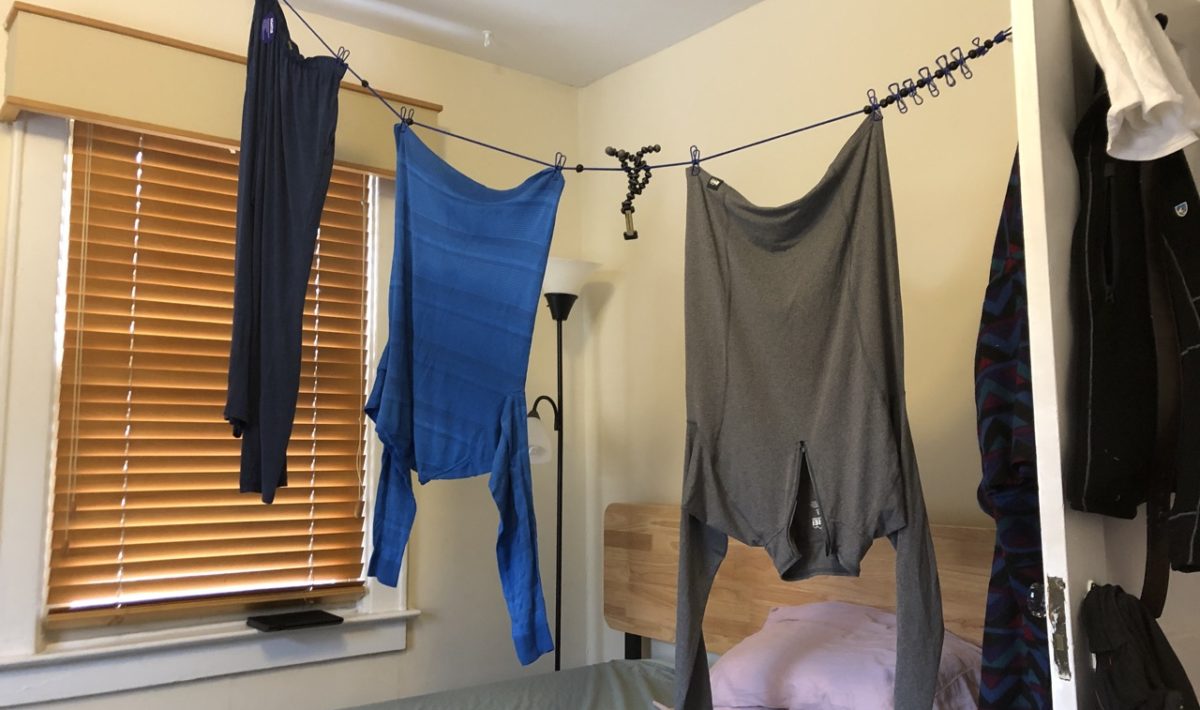 When I moved out of my apartment, almost everything I owned went to one my storage unit, my car, or one of many redistribution outlets. Once I hit the road, I realized I’d let go of a few things I should’ve kept and had to repurchase.

But there were other items whose utility was unique to digital nomads: I’d never owned them because I never needed them. Here are some of the purchases I made in my first few months.

I’d heard Major Nelson talk about travel routers, but I never really understood their purpose. They connect to an existing Wi-Fi network and then rebroadcast it as… another Wi-Fi network? Why introduce an intermediary instead of connecting directly to the original signal?

That was my mindset when I traveled with only my personal laptop. Now I have both personal and work laptops, an iPhone, a Nintendo Switch, and a Kobo e-reader. Inputting a Wi-Fi SSID and password into each device can prove onerous, especially if I’m going to be somewhere for only a short time.

Instead, my tp-link AC750 travel router generates a familiar SSID that my devices already recognize and automatically connect to. Now I’m connecting only one device, the travel router, instead of four.

Even better: if the original network is unencrypted, the travel router will add its own security. This model supports MAC address filtering and other features as well. Just one tip: use its Web interface, as the iOS app is rubbish.

The only video game system I’m traveling with is my Nintendo Switch, which supports both physical game cartridges as well as downloadable software. While I prefer the former for a host of reasons, in great quantities, they become cumbersome. (My Switch carrying case holds only 19 games, and I already own 14.)

Almost all games that are available physically are also available for download. But the Nintendo Switch’s internal storage is only 32 GB, which may hold only 5–10 games, depending on their size. This storage can be expanded with an SD card, and mine was only 16 GB, which didn’t go much further: I was constantly deleting games and demos to make room for new downloads. Increasing that SD storage sixteen-fold relieves me of that task.

When searching for Airbnbs, one of the filters is “carbon monoxide detector”. If I book an Airbnb that doesn’t have one, the site pops up a warning and directs me to this informative article:

When you book a place on Airbnb, you should review information about whether or not the host has reported smoke and carbon monoxide detectors on the property… Carbon monoxide detectors aren’t common in many parts of the world, so we suggest purchasing one to bring with you when you travel, especially if the place you’re staying in doesn’t list one.

Co-worker and fellow digital nomad Kristin Snow recommended: “I wouldn’t trust in an Airbnb, even if they had one, that it’s working properly and not past its expiration date. I agree, better safe than sorry.”

Another co-worker warned against accidentally buying a hardwired detector. The one I bought sports all three properties he recommended: plug-in, battery backup, and fairly compact.

Before I began nomading, I would dry my clothes on a clothesline. I enjoyed the slower pace and reduced electricity of hanging and drying clothes outdoors.

That’s not an option now, but even my minimal wardrobe still has items that would shrink or deteriorate in a clothes dryer. I wasn’t traveling with a drying rack, so I instead got a portable clothesline. It can wrap around any pole, lamp, or hook (see below), and it includes clips that keep the clothespins in place, preventing heavy clothes from sagging into the middle.

(Other laundry essentials I travel with: nylon laundry bags to replace my hamper; mesh laundry bags that I put my air-dry articles in before washing them; unscented laundry pods; and coin tubes of quarters for the laundromat.)

The bathrooms I’ve encountered so far haven’t offered many places to hang a towel or bathrobe; and even some bedrooms don’t have closets or other places to hang a coat. So I carry this four pack of hooks that fit over any door. While not essential, it’s a nicety that makes an apartment a bit easier to live in.

I drive a 2017 Toyota Prius Prime, a plug-in hybrid car. Its 11.3-gallon gas tank gets about 54 MPG, but it can also go 25 miles on an electric-only charge. The car comes with a charging cable that plugs into any standard three-prong 110V outlet, which means I don’t need a special adapter or charging station.

But surprisingly few houses have exterior power outlets I can use, reserving them for inside the garage, where I’m not usually allowed to park. A quick trip to Home Depot got me this all-weather extension cord that I can snake under the garage door to reach the outlet. Charging the car takes about five hours, so I do so overnight. While 25 miles won’t get me far as I move from city to city, it’s great for inner-city driving, such as running errands or commuting to a co-working space. In fact, with regular charging, I can go an entire week of daily driving without using any gasoline.

It’s not just about saving the environment or money. I regularly charged my car before I became a nomad; keeping that familiar routine means one less change to adapt to.

I put this item last because it’s probably something you already have: a car mount for your phone. A holdout to the end, I got my first smartphone in February 2018, shortly after joining Automattic. I would generally let it sit in the console between seats, where I could glance at it for maps, but when I started using it to record videos, I needed the phone to be at a more accessible angle. I went with the Mpow gravity vent mount: when the bottom cradle receives the weight the phone, the clamps on the left and right lock, keeping the phone snug. A longer USB 3.0-to-Lightning cable later, and I’m able to charge the phone off my car, too.

I’m sure I’ll encounter other needs that are unique to my journey, but these are the ones that I filled immediately!

What are some things you think you’d need on the road? Let me know your essentials in the comments!